This week's parasha is Beha'aloteha One of the most fascinating, but often forgotten, parts of this narrative involves Moses and his siblings Aaron and Miriam. 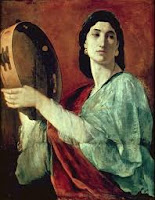 We read in Chapter 12, verse 1 that "Miriam and Aaron spoke against Moses because of the Cushite woman whom he had married; for he had married a Cushite woman." Before we find out who this Cushite woman was (Cush refers
today to Ethiopia, but his wife Tzipporah was a Midianite. Does this refer to Tzipporah or did Moses have a second wife?) the text then tells us that Aaron and Miriam complain "Has Adonai spoken only through Moses? Has God not spoken through us as well?" And so it would seem that the siblings have two complaints against Moses, the first having to do with his wife (whoever she might be) and the second with their roles as prophets in Israel.