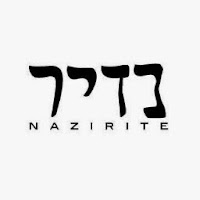 
Jewish tradition teaches that the Torah yields 613 commandments, which are incumbent on the Jewish people. One would think that this daunting total would be sufficient for most Jews, yet this week's Torah portion, Naso, teaches of additional regulations which one could assume under the status of being a "Nazirite", one consecrated to the service of God. The haftara (additional) reading for this Shabbat narrates the story of Sampson, who according to the Bible was himself a Nazirite.

The biblical information about Nazirites is inconsistent, and the Torah and haftara portions for this week indicate the instability. In the sixth chapter of Numbers, the Torah teaches that one who wishes to become a Nazirite does so through the following rituals: the taking of a vow, the avoidance of grape products (especially wine), abstaining from cutting of the hair, and keeping adequate distance from a corpse (a prohibition normally only incumbent on Kohanim, descendents of the line of Aaron.)