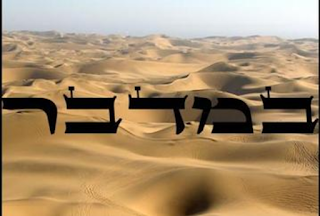 
This Shabbat immediately precedes Shavuot, the day designated as the anniversary of the revelation of Torah at Mt. Sinai. During Shavuot we read the Book of Ruth. According to a midrash Shavuot is like the wedding anniversary of God and the Jewish people. In Exodus as the revelation unfolds the position of the Israelites is described with a word that figuratively means "at the base of the mountain" but literally means "under the mountain". To explain this the rabbis said that Mount Sinai was held over the Israelites like a wedding huppah. Hence, revelation was like a wedding, a binding, covenantal moment between God and Israel.