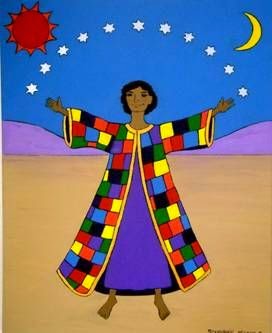 This week's parasha, Vayeshev, begins the Joseph saga. This amazing story comprises a full four Torah portions -- more than the stories of any of the prior patriarchs or matriarchs. This seems strange at first because Joseph is not even considered a patriarch in our tradition. He is merely the favorite son of our namesake Jacob/Israel who behaves in this parasha like a spoiled brat, telling on his brothers and then informing them of his dreams that he will someday rule over them and who often flaunts his special relationship with his father.

Of course, Jacob is not innocent in this, as he clearly shows favoritism to Joseph by giving him the famous coat of many colors. After all that happened to Jacob due to the favoritism showed to him by his mother and the rivalry that he experienced with his brother Esau one has to wonder how he could let the same thing happen to his son Joseph. It never ceases to amaze how familial patterns of deception continue from generation to generation, not only in the Torah, but in "real life" as well.

Commentators throughout the ages have criticized Joseph for the way he behaved towards his brothers. Yet Elie Wiesel has sympathy for Joseph. He states that Jacob's other sons should have shown compassion for their younger brother who lost his beloved mother while she was giving birth to his brother Benjamin. Instead, they treated him as an outsider, and so he used his father's natural favoritism (based on the fact that his was Jacob's beloved Rachel's son) to taunt his brothers. This eventually backfired and caused his brothers to decide to sell him to a caravan of Ishmaelites (though at first they were going to kill him), his coat then torn and dipped in goat's blood in order to convince Jacob that Joseph had been killed by a wild beast.

Want to know more about Biblical Figures? Follow our board